So, if you’re reading this I guess I went through with posting this entry, even as I write this I’m not sure I will post it. I’m scared it will fall on deaf ears, I’m scared people will judge me harshly for it, I’m scared just to have this conversation. (Which is a bit silly because only a few people read my posts and most of them will probably be the ones who already agree with me). But it’s one of those thoughts that gets into my head and won’t leave until I let it out. My hope in writing this is that it may open up at least one person to another perspective they may not have considered before.

I am not racist in my conscious mind. I was raised by parents of the hippie generation who taught me judging people by how they looked was wrong. I strongly believe in equality for people of every ethnicity, gender, sexual orientation, religion and anything else that causes people to face discrimination. I have had a lot of diversity in my close friends. I was born and raised in Utah, which isn’t exactly known for its diversity, but I’ve also lived in a Florida neighborhood where the combined minority population was higher than the white population and loved it there. I am inflamed when I hear or read a racist or otherwise prejudice comment. The problem is I’m still susceptible to subconscious bias and prejudice. Everyone is. No one is completely free of bias and prejudice, it’s not always racial and it varies in severity from person it person but it’s there, lurking in our subconscious. Few people are the kind of overt prejudice that we associate with racism anymore but that doesn’t mean racism is gone, just transformed.

So the night in question (this is not the only time I’ve judged someone unfairly in a moment but it’s one of the most recent and obvious), I was in the cell phone waiting lot of the airport waiting for my mom’s flight to come in. It was after dark and I always find myself getting pretty nervous in these waiting lots if I’m alone in the car, I feel very exposed and vulnerable. There were only a few scattered cars. I heard a car door open near mine and a man’s voice. That would have put me on guard and even scared me a little no matter what but I realized I was slightly more scared because the voice sounded like that of a stereotypical urban black man. He got back in his car and that was it. This man would never even know I’d made an uncontrolled yet unfair judgement on him. But I knew.

I’m sure many of you will read this and think, “Well, I wouldn’t have had that reaction, not me.” And maybe you wouldn’t have but I would have thought the same thing if this happened to someone else and I was reading it. If a person like me, who seems like she climbed out of a children’s drawing of people of different cultures holding hands in a circle around the world, has these hidden biases buried inside, then I’m sure others do too. So what do we do about it?

I could have shrugged it off completely as no big deal; no harm, no foul. But it happened and even though it was small it matters. Having a little extra fear can have huge consequences in certain situations. Consider a person who calls the cops because a black man minding his own business looks “suspicious” they probably weren’t thinking “there’s a black person, he must be up to no good.” Rather, in most cases, their subconscious just interprets black as suspicious and that’s not okay even though it’s unintentional.

I could have been overcome with shame and completely deny it happened even to myself, which is completely unproductive. Or worse, I could have tried to justify it. I think very frequently justifying thoughts and feelings we’re not proud of can turn a subconscious bias into a much deeper and more overt prejudice. These justifications come in many forms, like feeling guilty about ones own success and therefore labeling all low-income people as lazy and deserving of their position because they must not work as hard or they’d be better off. Which just flat-out isn’t true but the rationalization helps people feel less guilty. In this instance, I could have justified my reaction by choosing to believe I really was in more danger from a black man than a white man. But I know that’s not true. Those justifications to make ourselves feel better are extremely destructive.

The most constructive thing to do is be aware of these reactions and thoughts that creep in our minds, whether they’re about the color of someone’s skin, their accent, the way they dress or anything else that shouldn’t define a person. The first step to recovery is always admitting there’s a problem. Pretending racism is gone doesn’t it make it go away. And you can’t change something you’re not aware of. Once we’re aware of our biases we can question them and actively work to change them. It’s not about feeling guilty or hating yourself for something you can’t control. It’s about stopping yourself in that moment and changing your line of thought. If someone’s about to call the cops on a man who they think looks suspicious but stops and thinks “what about them makes me suspicious?” Is it the color of his skin? Or maybe his tattoos? Or the way he’s dressed? Something else? Or is he legitimately acting suspicious? That person might notice a bias in themselves and make a different choice. I know I can’t completely stop myself from making these snap judgments occasionally whether they’re based on the length of a girl’s skirt or the church I see someone coming out of. But I can stop them as soon as they surface and try to do better next time. My conscious mind can beat my subconscious in a fight.

The broader less introspective thing we can do, is stop perpetuating the stereotypes that cause our subconscious biases. Our minds are constantly taking in information and our subconscious can be poisoned without us even realizing it. We can personally avoid using stereotypes as well as demanding less bias in media and entertainment. We can listen to the experiences and feelings of those who have faced discrimination for any reason and not just disregard them (or as a woman I could say “us”). If you’d never been on a mountain would you disregard someone’s experience who had climbed Everest and tell them it couldn’t possibly be as hard and as cold as they described? Just because they’re experience is hard to face doesn’t mean it isn’t real.

I am a flawed human being and certainly not an expert, although I pay attention to what the experts say on this subject, and I am truly sorry if in my explanation I offended anyone. I also know this is probably an incomplete assessment and would love to hear anything constructive anyone has to add to it. I know this is a multifaceted problem that includes other aspects like privilege but I chose to focus on just one aspect for this post.

It’s so easy not to face our biases because no one wants to get labeled as prejudice but the best way to avoid prejudice in ourselves is to confront it. So, please, please, if you haven’t already, take a hard look inside yourself, even though you may not like what you find. 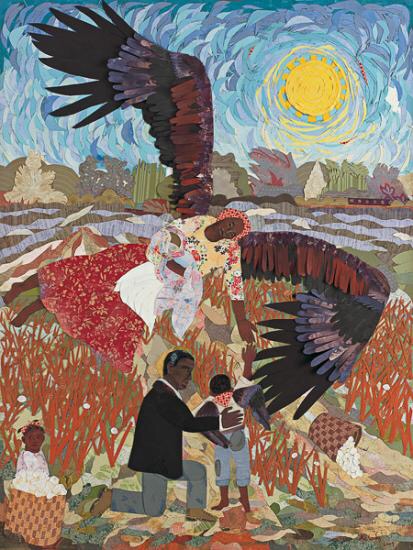 2 thoughts on “The Night I Was Just a Little Racist”